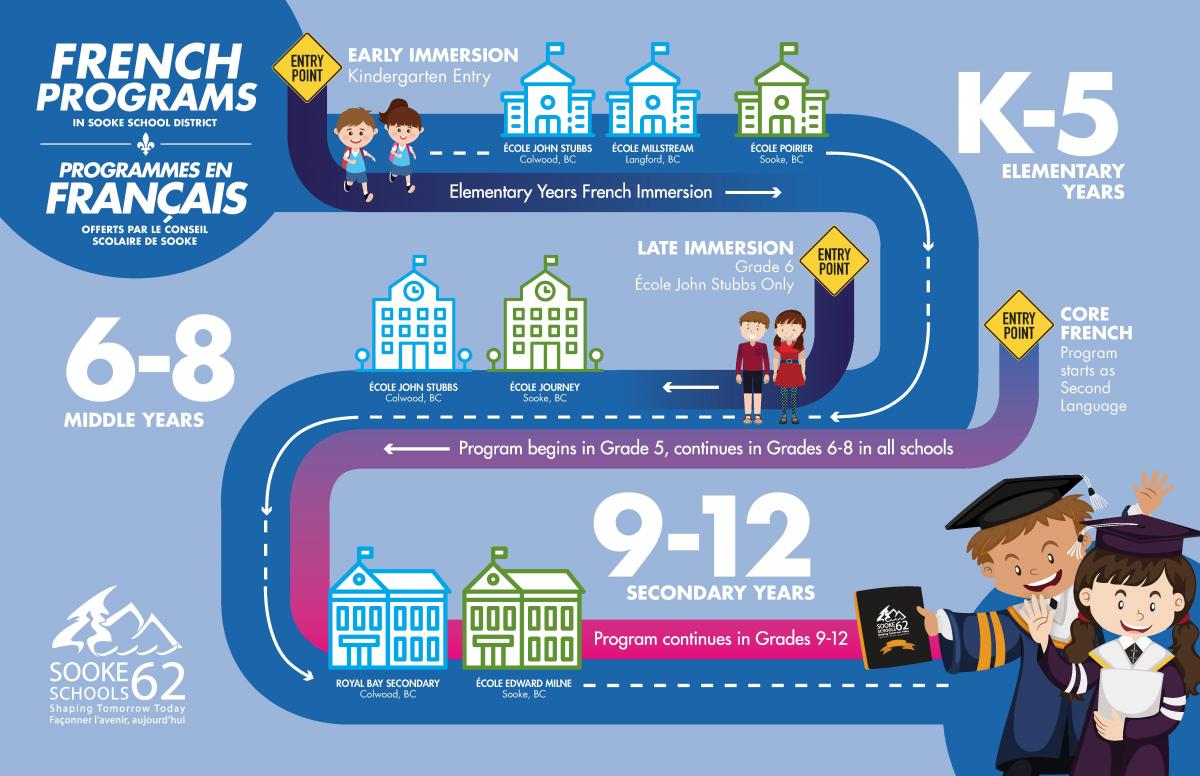 French Immersion is a French language-learning program available to all students in SD62. French Immersion is designed for non-French-speaking students who wish to attain a high level of proficiency in both of Canada's official languages.  Students achieve a level of learning in all curricular areas equivalent to that achieved by students in English programming.

French Immersion students are immersed in the French language and culture within the classroom where French is used for meaningful communication and learning across the subject areas. It is our hope to provide French Immersion learners with opportunities to become both well-educated and functionally bilingual.

Students build knowledge and understanding around second language acquisition, enabling them to more easily acquire additional languages. All French Immersion programs begin with 100% French instruction. The percentage of French gradually decreases as learners move into the secondary years, allowing for flexibility of course selection while providing for consistency of language learning and maintenance of French proficiency. 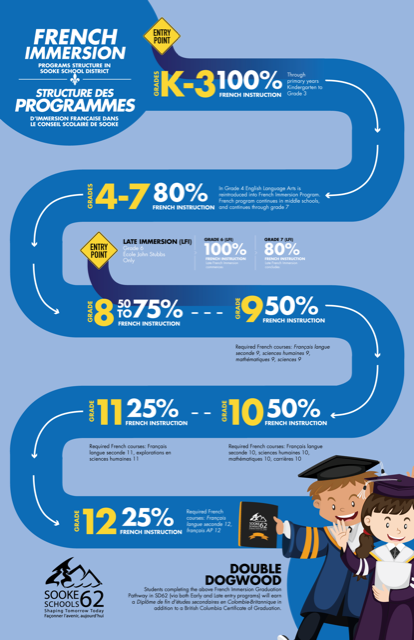 Early French Immersion is offered in both Sooke (École Poirier) and the Western Communities (École John Stubbs Memorial and École Millstream). Early French Immersion students begin the program in Kindergarten and continue through to Grade 12. All learning is in French for the primary years, with English Language Arts reintroduced as a subject in grade four.

French Immersion is offered at the following Sooke Schools:

In Grades 5-7, students receive approximately 75 minutes per week of instruction in French. When students reach Grade 8, instruction time increases to 180 minutes. This continues through Grade 12.

Some students who complete this program become bilingual. The majority will increase their ability to communicate effectively in French. Successful completion of Grade 11 French meets the standard entrance requirement for most B.C. and Canadian universities.

All elementary and Secondary Schools offer Core French from Grades 5-12.